This wasn’t the post I planned to write this week. I was sick with the flu for half of January, and trying to catch up ever since. I wanted to write about how illness can impact one’s writing process. But because I feel compelled to write when I am angry and troubled about an issue—sometimes against my rational mind’s better judgement—I put that post away for later, and started writing what you see here.

I may not be the right person to make this argument. There are people out there with much bigger followings (really, if you have an online following at all you are ahead of me) whose blog posts could have a greater impact. But I’m writing anyway and here’s why: I know my friends and family will read this because I wrote it and they love me, and I know many of them would not read a post about race and racism if it were written by a stranger. If I only reach that small group, it will be worth it.

The Problem With Us White People

My Facebook news feed this week was filled with stories about two things:

The fact that the political dialogue in my feed is mostly respectful I take as a sign I have chosen my Facebook hive mind well. The fact that my mostly white friends were sharing positive articles about Beyoncé overwhelmingly written by Black* people is a sign I have chosen a group of awesome antiracist allies as part of my friend group. But the fact that it is my white friends doing this reminds me that out of my 256 Facebook friends only seven of them are Black.

This concerns me greatly because it’s evidence of how deeply segregated we are as a nation (myself included), and this segregation contributes to the ignorant conversations white America is having right now about Beyoncé, and overall about #blacklivesmatter, police brutality, affirmative action, and institutional racism.

Put simply, the vast majority of us (i.e., white people) don’t know what we’re talking about. Our knowledge of Black culture and the Black experience begins and ends with the entertainment industry, and when a Black entertainer reminds us they are Black we lose our minds. All white America can talk about after the Super Bowl halftime show is Beyoncé’s Blackness. Bruno Mars is Black too, but dear white reader, did you think about that at all this week? Probably not because he sang that song you like, danced with Coldplay, and left the field. I wish I were surprised so many white people freaked out started waving their racist arms in the air after the halftime show, but I’m not. That sort of reaction is typical.

What does surprise me is the white people who have said they didn’t notice the political message Beyoncé was sending. Some think it wasn’t there at all, that Beyoncé wouldn’t do something like that. Really? A dance troop of Black women in all-black military style outfits, wearing berets, sporting afros, getting into a giant X formation on the field, and you didn’t notice? That is serious ignorance of Black history or some serious denial. Probably both. I’m willing to bet the majority of white Beyoncé fans do not want to be reminded of her Blackness—they just want her to keep singing about all the single ladies. Being one of her fans as a white person is only easy and safe if we can erase her race from our consciousness.

Now, if you are a dyed in the wool Giuliani-loving #alllivesmatter supporter, and are planning a road trip to the upcoming anti-Beyoncé rally in front of the New York NFL offices, then nothing I say here is likely to change your mind. But, if you are confused by the video or don’t understand why Black people might be angry or don’t see the need for the Black Lives Matter movement because we are all post-racial now, then I hope you will read some of the articles below and reconsider your opinions.

The first time I watched “Formation” I recognized its rhetorical power. Sinking a New Orleans police car in the flood waters, police in riot gear surrendering to a black child—these messages are hard to miss. But I also knew there was a lot a was missing because I am not the primary audience. Beyoncé is not asking me to get in formation, to take action. That message is directed at Black women. She is asking me to STFU and listen. and read. and learn. So that’s what I did all week. And now I’m offering my reading list to you, dear white reader.

Note: If you read everything here, that is not license to claim you now understand Black America and are entitled to speak for and about Black people. As a white person, you will never be qualified to do that. Doing the work of reading and listening means you have a framework from which to ask questions and listen further. I hope you will STFU and join me in the quiet space necessary to create understanding.

If you haven’t watched “Formation,” do that first. And if you somehow missed the Super Bowl halftime show you should do that too.

Next, read these articles that break down the lyrics and imagery in the video. The first three use humor, so you get a warm up before moving on to the heavy stuff. And follow the links in the articles, especially the ones in Zandria Robinson’s article—it’s crucial you know who Messy Mya is. After reading you might want to watch the video again.

Then read this message to racist white people written by fellow white person Melissa Hillman. She says everything I want to say, but way better.

Then read Awesomely Luvvie’s breakdown of why loving Blackness is more important than hurting white feelings and why you don’t get to say shit like white power and “all lives matter” because Black people use Black power and Black lives matter.

And after all that, if you want to read something that critiques Beyoncé to “get the other side of the story,” don’t listen to Giuliani and the other racist baiting asshats on Fox news. Try reading a critique written by an African American who is not questioning #blacklivesmatter but whether Beyonce is the spokesperson the movement needs. Here are three for you. 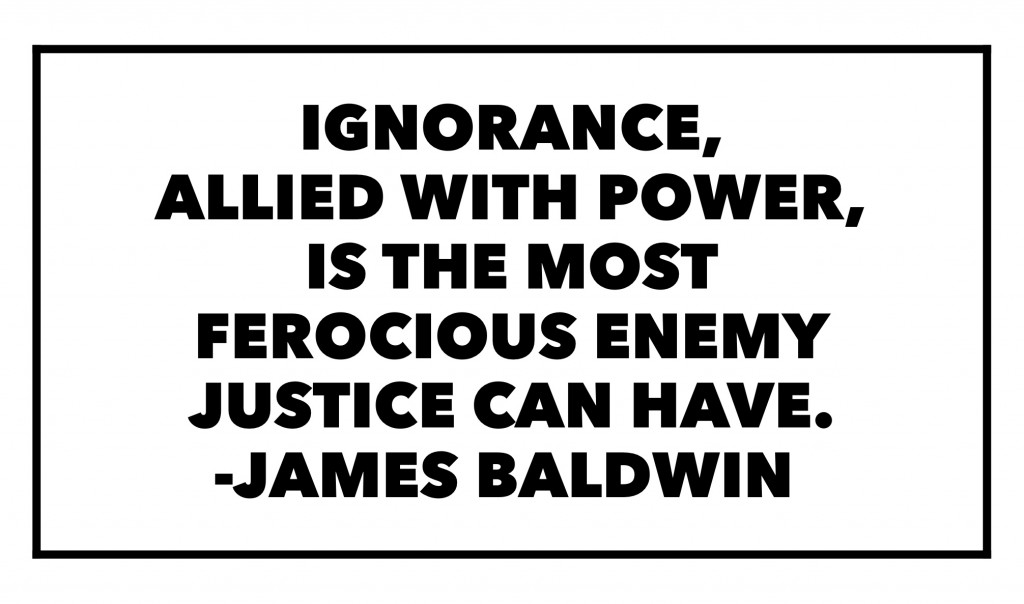 * My reasons for capitalizing Black and not white are similar to those of Melissa Hillman, but also include a desire to emphasize the centrality of Black people to these conversations: “No, capitalizing “Black” does not reveal a secret plot for racial superiority. Capitalizing the word “Black” in reference to people is a linguistic thing. “White people” has a squidgy definition and refers to a hodgepodge of people from varied ethnic groups, all of which are capitalized, such as “Celtic people” or “Swedish people.” “Black” as shorthand for “The people of the African Diaspora living in the United States” is rightly capitalized as “Black people” in the same way we say “French people.” “African American” is linguistically and historically troubled because “Africa” is a continent with thousands of disparate cultures, and the people we label as such were forcibly separated from most aspects of their cultures of origin when they got to the US, creating an entirely new, coherent culture best described as “Black.” Of course, the word as an ethnic descriptor has other applications (“Black people in Germany,” for example), but this is the one I’m using in the article. Not all linguists agree, but that’s my position.”